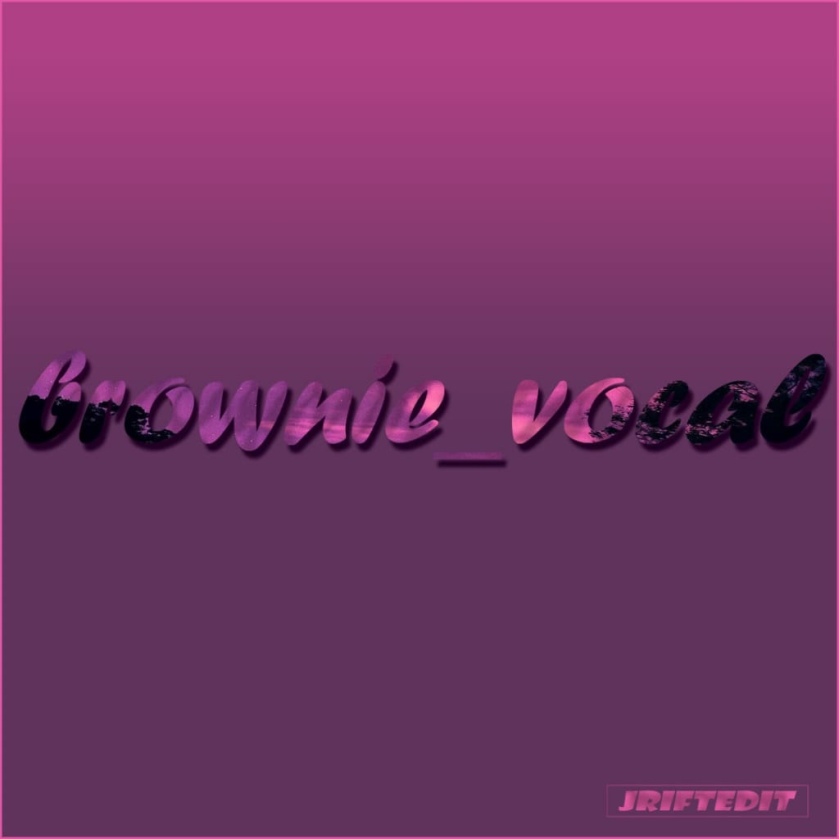 Contrary to popular belief, it’s not because I sing.🌝

Over time, I’ve been asked again and again, why the name Brownie_Vocal? So before you ask, I’ll tell you.

As a young(even younger than I am now) girl, I was given the nickname brownie.

My hair is brown. And I mean every strand from every pore including the ones all over my body. I was also called brown in complexion for God knows what reason. To top it off, I once wore brown and carried a brown bag on a particular day when my hair was all out, spiky and practically golden. Hence, I was dubbed brownie.

Contrary to popular belief, the ‘Vocal’ in my Pseudonym doesn’t refer to my singing ability. Yes. I sing too.

Being Vocal also implies expressing yourself. It’s being someone that speaks out. Typically, I’m a very shy person unless it’s in text. I have social anxiety and can’t deal with public speaking. I adopted Vocal into my name to remind myself of who I needed to be. If I can’t do it in person, I’ll let my words do it for me. That way, via her writing, brownie is going Vocal.

Lest I forget, the underscore ( _ ) is a part of the name. Unfortunately, it can’t be represented everywhere. The underscore is a reminder to me that I was at a low before going vocal.

And there you have it. Brownie_Vocal explained.

I am a music lover and I sing well if I do say so myself. Aside my beautiful voice, I use my words to fight.

The pen is mightier than the sword.

For more on who I am, visit here.

Why don’t you let others see this?

Teen with the soul of a child and musings of an adult💖 http://www.mirakee.com/brownie_vocal View All Posts

10 thoughts on “WHY THE NAME BROWNIE_VOCAL?”

This site uses Akismet to reduce spam. Learn how your comment data is processed.